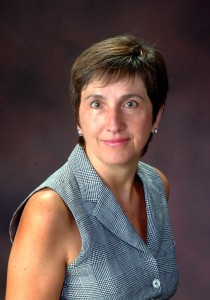 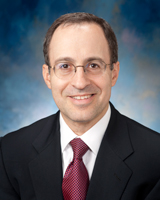 Every day, physicians and scientists see the hope and promise that medical research brings to patients and families. For nearly 70 years, research funded by the National Institutes of Health has increased understanding of the causes of disease, contributed to longer life expectancy and improved the health and well-being of all Americans. With such a proud record of economic and social benefit, it is shocking that the House Appropriations Committee has proposed a drastic cut of nearly 20 percent to NIH funding in 2014. This outrageous proposal must be stopped.

Research is a dynamic process. New, life-improving advances are constantly within reach — but only with uninterrupted effort, commitment and funding. NIH Director Francis Collins says these cuts would be a “profound and devastating” blow at a time of unprecedented scientific opportunity.

Medical research cannot be turned on and off like a spigot. Research interrupted by budget cuts would mean years of lost productivity for today’s scientists and untold future losses due to the departure of young scientists who may never return.

Here in Pittsburgh, steady NIH funding over the past decade has enabled us and our colleagues to develop several novel cancer vaccines and test them for cancer prevention. Earlier this year, we reported in the journal Cancer Prevention Research our first-in-the-world clinical trial of a vaccine, based on a cell protein called MUC1, that might prevent colon cancer.

This fall we hope to start a larger trial at 11 medical centers across the country to determine whether our vaccine lowers the risk of colon cancer. And because MUC1 is abnormally produced in other cancers, including pancreatic, breast, lung, prostate and ovarian, we plan to test the vaccine in patients who have premalignant lesions leading to those cancers, too.

Our colleague, Thanos Tzounopoulos, associate professor of otolaryngology, has been studying the causes of tinnitus, a chronic and often debilitating ringing in the ears that affects millions of Americans, including many combat veterans. His team has found that an FDA-approved epilepsy drug, retigabine, prevents the development of tinnitus in mice (reported last month in the early online edition of Proceedings of the National Academy of Sciences). This discovery was possible because Dr. Tzounopoulos’ NIH-funded research identified specific brain cell activity causing tinnitus and gave him a target for which to aim — with the right drug.

Olivera J. Finn, PhD is a distinguished professor and chair of immunology at the University of Pittsburgh School of Medicine, a Research!America member. Robert E. Schoen, MD, MPH is professor of medicine and epidemiology at Pitt’s School of Medicine and Graduate School of Public Health. This post is an excerpt of an op-ed published in the Pittsburg Post-Gazette. Read the full op-ed here.