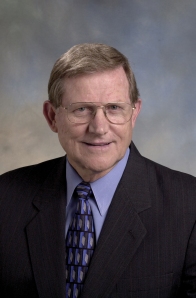 Sometimes you find luck sitting by your side at the most opportune of moments.  For example, what would you do if you suddenly found yourself seated next to a key member of the U.S. Congress on a two and a half hour flight to Washington, D.C.?  Be prepared, it could happen to you!

If you are a frequent traveler like me, you probably prefer to read, daydream or sleep on most flights.  But what would you do if you suddenly recognized that your seat mate was a VIP—say, a key member of the U.S. Senate or House of Representatives?  You might recognize it as a terrific opportunity to put in a good word for particular issues of great importance to you or society.  Say for instance, an increase in funding for biomedical research or pending legislation for another cause that might impact your future and that of your co-workers and colleagues.

This actually happened to me a few years ago as a biomedical researcher and president of the Federation of American Societies for Experimental Biology (FASEB) advocating for a campaign to double the funding of the National Institutes of Health (NIH).   At the time, I was traveling to Washington, D.C. frequently to visit key members of the legislature to encourage support for the “doubling” as it came to be known.  One key member of the House of Representatives, Congressman Tom DeLay was thought to be a hopeless holdout—but a key individual to get on our side.  As the Majority Whip, DeLay earned the nickname “The Hammer” for his enforcement of party discipline in close votes and his reputation for wreaking political vengeance on opponents. After making numerous unsuccessful attempts to get an audience with DeLay, I finally gave up!

Sometime later on a Monday morning flight from Houston, I happened to be seated in the first-class section of a flight to Washington, D.C.  I don’t normally fly first class, but this time I took advantage of my new frequent-flyer status!  At the last moment, the empty seat next to me was taken by a very familiar looking Texan, Congressman DeLay—“The Hammer” himself!  After a few anxious moments, I summoned my best East Texas “good ol’ boy” persona, extended my right hand and said, “Good morning, Congressman DeLay.  It is great to meet you.  I am Bill Brinkley from the Baylor College of Medicine!”  We soon began to exchange friendly stories of our growing up in similar environments. He recalled a visit to our medical college, especially the anatomy labs with students dissecting human cadavers; apparently he even got to do a bit of dissecting himself!

He then asked me about my research and provided me with the opportunity to tell him about my work on human cell cycle regulation and cancer, and to put in a “good word” about the need to double the funding of NIH over the next five-year period.  However, being a staunch conservative, he was reluctant to buy into the idea of “doubling” the expenditure on virtually anything that crossed his desk.  During the conversation, I mentioned the name of a mutual friend in Washington, D.C., a former member of Congress, who supported the “doubling” of the NIH funding.   DeLay then asked, “Do you really know him?  Let’s get him on the phone and hear what he has to say!”  To my surprise, he used the seat phone and was immediately connected with our mutual friend in Washington, D.C.  After a brief phone conversation, DeLay seemed suddenly more agreeable, but I wasn’t convinced he would actually support the increased funding.  However, as we deplaned in Washington, D.C. he said, “Good meeting you Bill, and I will give more thought to the doubling of NIH!”

Later, I learned that Congressman DeLay did co-sign the NIH appropriation bill that session—thereby providing the first 15% increase to achieve the goal of doubling the NIH funding in the following five years!