Excerpt of a blog post by Dr. Tom Insel, Director of the National Institute of Mental Health. 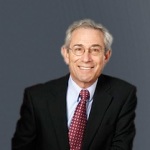 The Research!America awards dinner is like a lot of DC galas, complete with members of Congress, celebrities, and speeches to honor those who have contributed to a cause.  For Research!America, the cause is biomedical research and this year, as in each of the past 25 years, there were honors bestowed on advocates for cancer and rare diseases.  Kathy Giusti, diagnosed with multiple myeloma in 1998, spoke passionately about the lack of research on this blood cancer and her singular fight to create a registry and clinical trials, leading to new treatments that have extended her own life and the lives of many others well beyond all predictions.  The parents of Sam Berns, an icon for the rare disease progeria, spoke of their son’s commitment to find a cure for this disorder in which children age rapidly and die early.  Sam died last month at age 17, but during his brief life, and partly through his efforts working with the world’s foremost genetics labs, the genetic cause was found and new treatments were developed that will almost certainly extend life for others with this rare mutation (see Sam’s inspirational Ted talk ).

For me, what made this event different from previous years was the recognition of advocates for people with mental illness.  The actress Glenn Close was recognized for co-founding BringChange2Mind, a campaign to reduce negative attitudes toward those with mental illness.  In her eloquent remarks accepting the award, Glenn introduced her sister, Jessie Close, and her nephew, Calen Pick, who each battle serious mental illness.  Jessie has struggled with bipolar disorder and Calen with schizophrenia.

When Glenn invited Jessie and Calen to make a few remarks, the evening really became historic.  Together, they described a journey undertaken with Deborah Levy and her colleagues at McLean Hospital and elsewhere over the past 3 years.   The research team found that Calen and Jessie shared a rare genomic copy number variant resulting in extra copies of the gene for glycine decarboxylase.  This gene encodes the enzyme that degrades glycine, a key modulator of the NMDA receptor, which has been implicated in psychosis.  Having extra copies of this gene, it seemed possible that Jessie and Calen would be deficient in glycine, with less activity of the NMDA receptor.