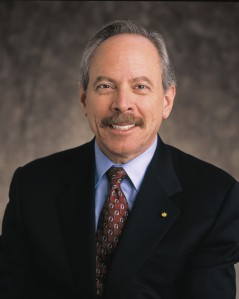 In a recent op-ed published in the Toronto Star Dr. Alan Leshner, Research!America board member, writes that federal deficits in the United States and Canada “pose a significant threat” to basic research.

He notes that “some policy-makers seem to value near-term, industry-focused science more highly.” But adds that basic science has larger potential payoffs than applied research. “The most well-known example of life-changing basic research is of course Sir Alexander Fleming’s accidental 1928 discovery of a mould (penicillin) that seemed to repel bacteria. German physicist Wilhelm Röntgen’s 19th century efforts to pass cathode rays through glass now allows doctors to see inside the human body without surgery, using X-rays. More recently, a $250,000 study on “the sex life of the screwworm” — a title that prompted the late U.S. senator William Proxmire to mock efforts to better understand a lethal livestock pest — has so far saved the U.S. cattle industry more than $20 billion.” END_OF_DOCUMENT_TOKEN_TO_BE_REPLACED

If you have an idea for a post, or just want to contact Research!America about our blog, email us at editor@researchamerica.org.